Pre-sale Eventbrite purchases end at midnight, Friday October 9 — that’s TONIGHT! If you haven’t purchased your tickets by then, be prepared to bring $15 cash to the door.

If you already have your tickets, swanky. You’ll be hanging with us at The Palm Beaches Theatre in Plaza del Mar on Manalapan this Saturday, October 10.

Lobby doors open at 6:30 for “red carpet”(it’s in quotes for a reason) arrival and ticket pick-up. There will be beverages and snacks available for purchase. Be sure to wear your best directorial and/or diva duds for the photo op and attending media.

Showtime at 7:30 pm and an after party takes place in the plaza at Basil’s Bar and Italian Restaurant with discounted drinks and eats for anyone showing a swede fest™ palm beach 4 ticket stub. We’re looking forward to a great night of bad films, and a PACKED house!

See you on the red carpet!

Ad for your reading pleasure, check out all the media attention SFPB4 has garnered:

Batman meets The Goonies in this swedefest entry.

Thus is the charm of Swedefest, the local film festival now in its fourth year of celebrating the art of turning blockbuster productions into homemade works that proudly display not only their creators’ complete lack of budget and, perhaps, actual filmmaking skill, but also a lot of love. 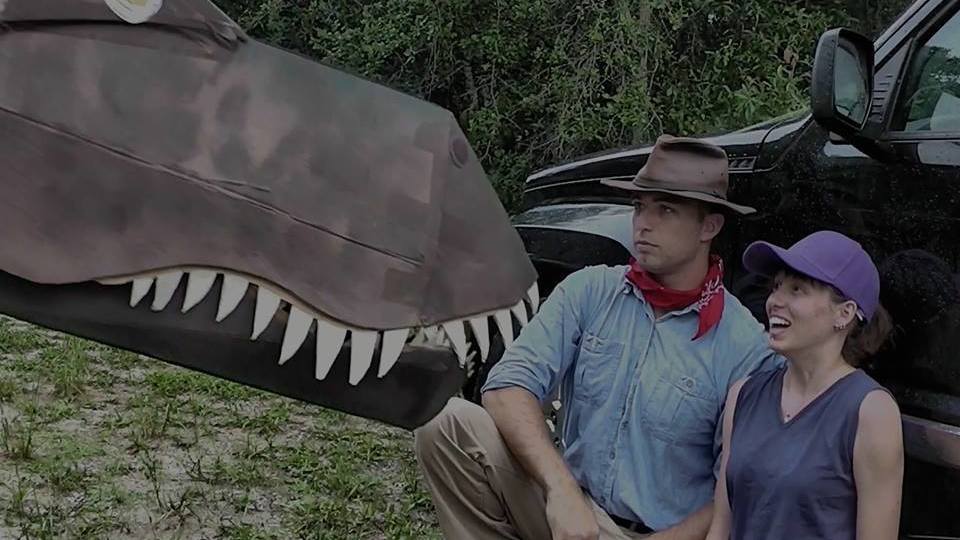 Know that every film screened at Swede Fest qualifies as a horrible, no good, very bad remake of a hit Hollywood movie. So why recommend a so-called Swede, a term inspired by the 2008 Jack Black comedy “Be Kind, Rewind” to describe a three-minute, shoestring-budget sendup of a favorite film? Answer: the shorts are intentionally horrible, no good, very bad. They’re also funny, with previous swedes lampooning “The Dark Knight” as re-enacted with giant Lego figures; and the biblical epic “Noah,” shot entirely at a community swimming pool.

The blockbusters claimed for this year’s swede treatment (parental caution: all films are PG-13) include “Frozen,” “Shaun of the Dead,” “Aliens,” “Jurassic World,” “The Fast and the Furious” and “Star Wars.” We hope that last one offers zero references to Jar Jar.

Audiences looking for the chance to see local filmmakers take a bite out of Tinseltown can purchase their tickets now for the #1 film festival that refuses to take itself seriously. swede fest™ palm beach 4 is back and even “sweder” with the Palm Beach International Film Festival and the Palm Beach Film Society producing the underground hit event.

BUT WHAT’S A SWEDE, YOU ASK? A “swede” is a no-budget, laughably bad remake of a Hollywood film. The term comes from the 2008 comedy, Be Kind Rewind, which started an underground sweding craze and resulted in the first swede fest™ in Fresno, CA. Next came swede fest™ tampa bay, and now Midtown is rolling out the very first swede fest™ palm beach.

Entries are open, and targeted to all students, film buffs, creative types, film lovers, and professionals, or simply anyone with any type of camera. It is free to enter a film but ENTRIES MUST BE SUBMITTED BY JULY 13th. The festival embraces the highly amateur nature of “sweding” while supporting creativity within the community.

“We have a vibrant film-making community here, and we wanted to tap into that creative group and bring them to Midtown. Obviously we’re ecstatic to have the DIGITAL DOMAIN INSTITUTE involved!” says Belle Forino, Marketing Coordinator for Mainstreet at Midtown.

There are a few RULES for the entries. Films must be under three minutes and PG-13, even if the “source material” is not. This means finding creative ways to get around violence, objectionable language, and nudity. Guidelines are on the swede fest™ palm beach website, along with example swedes such as The Breakfast Club, Wayne’s World, and Se7en.

The audience is encouraged to dress in their finest berets, cravats, safari vests, or other directorial cliché’s. Emcee for the evening will be LESLIE STREETER from the PALM BEACH POST.

For those interested in sweding a film, email info@swedepalmbeach.com to call dibs on your movie. Swede-makers are encouraged to embrace the amateur nature of sweding and opt to use found objects rather than spending any real money making these movies.

AWARDS: Under 18 & Over 18 Audience Favorites